The Verdon River runs through this striking canyon in southeastern France giving it the name Gorges du Verdon.  It’s a 2 to 3 hour drive from Nice – depending on how fast you want to drive along the edge of a cliff.  A little harrowing but definitely worth it.  There is a another approach to the canyon that is a bit longer but the road is far less dangerous.  Once you get there, park the car near the boat rental and explore the canyon by kayak or paddleboat.  Technically, swimming is not allowed but that didn’t seem to stop anyone.

Renting a boat in Amsterdam does not require experience nor a license😳.  Small private boats can be rented hourly to explore the city’s canals without having to worry about traffic.  It seemed to be a popular activity for any type of gathering- from family reunions to bachelor party groups.  Amsterdam, which is the capital of the Netherlands, has also been called the “Venice of the North” because it has more than one hundred kilometers of canals.  These canals thus create about 90 islands with approximately 1500 bridges connecting them all together.  The canals in Amsterdam not only serve as additional pathways for transportation, but they also assist with water removal.

The canals were built in the 17th century to help create more useful space in the city.  Herengracht canal was called the Golden Bend because many of Amsterdam’s elite and affluent residents bought land along here to build homes.  The famous Anne Frank House, which you should get tickets for ahead of time unless you don’t mind a 3 hour wait, is located along the Prinsengracht canal.  See our post on another great way to explore Amsterdam which is by renting a bike and riding along the canals.

Amsterdam is one of the most bicycle friendly cities in the world.  Over 60 percent of inner city trips are made by bike and the designated bike lanes can make even the most fearful biker (myself) comfortable.  A 24 hour bike rental, depending on the agency you choose, will cost about 12 to 15 euros, but will more than pay for itself as you can nearly access all parts of the city via bike.  Remember to lock your bike carefully and make a note of its location.  There are so many bike riders in this city, it is easy for the bikes to look the same after a long day of exploring.  Although the yellow and red tour bikes definitely make you stand out as a tourist, they are easy to locate amongst a sea of Dutch bikes.

While biking to the must -see Van Gogh Museum, be sure to take the more scenic route through Vondelpark, which has several ponds and an open air theatre.  After a couple days of biking, you may want to relax by exploring the city via a canal cruise.  Between the canals and the bike lanes, renting a car here is not the best idea.  If you can’t find a cheap flight to Amsterdam, fly into nearby Brussels, explore Belgium’s many beers in Bruges and then take the train over to Amsterdam.

A 90 minute train ride from Brussels airport will take you to the charming city of Bruges.  We spent the day walking along the canals, sampling Belgian beers, and eating too many Belgian waffles.  Wine is not the only beverage that ages well.  We stopped at a local store off Bruges main market to pick up Westvleteren’s dark ale, which can be aged.  The “best beer in the world” is made by monks in a Trappist monastery outside Brussels.  This post to be updated in 2018 when we try it.

The Icelandic village of Vik is about 180 kilometers from Reykjavik (about a 2 hour drive).  The basalt rock columns seen in this photo rise above the sea and provide a dramatic backdrop during sunset.  The folklore behind these striking columns is that they are former Trolls who were trying to drag their boats out to sea, but were caught by the sunrise.  Because trolls are creatures of the night, the daylight froze them into the columns you see rising from the Atlantic.  Vik is particularly famous for its black sand beaches – the black sand being the black basalt.  Another interesting find here is the Puffin bird- it can be spotted in the Vik beaches during its nesting season.

Plan a visit in late June, July or August when the weather is the warmest and the days are the longest.  Summer travel, while more expensive, allows you to make the most of your time there.  During the longest days in the summer, the sun will set after midnight and rise again around 3 am!  If you want to get the best deals on hotels in Iceland, you may choose to travel in May or September.  Remember, because of Iceland’s proximity to the North Pole, the days become shorter quickly, leaving less time to explore Iceland’s natural beauty.  The near 24 hours of daylight plummets to 11 hours of daylight by mid September.  Although that is still plenty of time to explore, Vik is two hours from both Reykjavik and Jökulsárlón.  Thus, long drives between destinations, especially at night, is more challenging on poorly lit roads.

WHAT TO BRING / WEAR:

In the summer months you will need plenty of layers.  During the day the temperature could be 60 to 65 degrees Fahrenheit (or about 15 degrees Celsius), but at night it can drop as low as 45 degrees Fahrenheit.  Bring waterproof boots as well.  Even though it may not rain, the beach at Vik is cold and damp-definitely not the traditional “toes in the sand” situation.  If you plan to travel off season, bring a winter coat, hat, and gloves.  Made obvious by the country’s name, it is cold here.

HOW TO GET TO Vik, Iceland:

The easiest way is by renting a car. Several tour companies will also offer tours from Reykjavik (379 kilometers away) to Jökulsárlón, which will stop in Vik along the way.  However, this will limit the amount of time you can spend here.  For the most freedom, rent a car, and plan to stay overnight in Vik.  Vik is located right off the Route 1 ring road.

The cheapest way to get to Vik is to hitchhike or take a bus.  Although I did not hitchhike, if there’s any country to try it in, this would be it.  There is one major road in the country and it has the lowest crime rates.  Another option is taking Strætó, which provides bus service in the capital and to other parts of Iceland.  Bus route 51 travels from Reykjavik (the bus stop in the capital city is called “Mjodd”) to Vik as well as Jökulsárlón.

WHAT NOT TO MISS IN ICELAND:

In addition to Vik, Jökulsárlón is one of Iceland’s most famous sites.  It is 2 hours from Vik.  Along Iceland’s southern coast, you will also find the striking waterfall of Skogafoss.  Closer to the capital city, is the famous Golden Circle route which covers geysirs, the Thingvellir National Park, and Gulfoss (another waterfall). 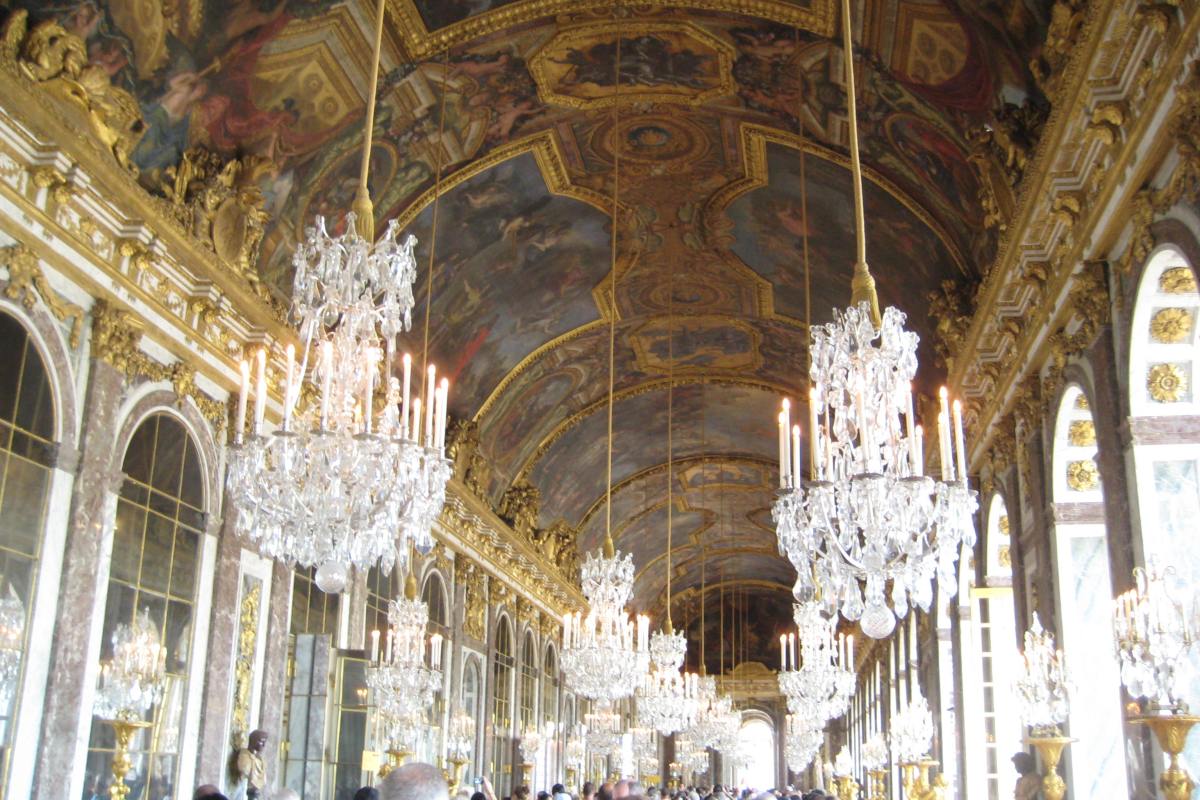 The jaw dropping Hall of Mirrors is the central gallery of the equally jaw dropping Palace of Versailles.  The Palace of Versailles is located an hour outside of Paris and should not be missed by travelers.  The Hall of Mirrors has seventeen mirrored arches to reflect the seventeen windows that overlook the gardens.  During its heyday the Hall was actually dimly lit so that smoke would not damage the architecture.  The clever arrangement of mirrors allowed enhancement of a small amount of candlelight.  The Treaty of Versailles, which marked the end of World War I, was signed in the Hall of Mirrors.  A visit to the Palace should not be done without a visit to the gardens, which are equally magnificent.

The city of Bath is located in the southwestern part of the English countryside.  The first Moorish baths here were built as early as 836 BC over two thousand years ago!  The hot water rises here along the fissures in the limestone where the water’s temperature can rise to 200 degrees Fahrenheit.  A trip to Bath is well combined with a visit to Stonehenge which is about an hour car ride away.

The southern coast of Portugal is well worth a visit.  Vacay-tioners can either fly into Lisbon and take a bus to Lagos, or fly directly into Faro in the south.  One of the most famous spots on the southern coast lies at the most southwestern tip of the country called Cape St. Vincent.  Cape St. Vincent is about 4 miles from the town of Sagres.  Sagres however is very quiet so it is better to visit it while vacationing in the charming and bustling beach town of Lagos.  To get to Lagos, you can either take a bus from Lisbon or fly into Faro and rent a car.  In order to reach Cape St. Vincent you must take a bus to the small town of Sagres (which is also a brand of Portugese beer) and then switch to a bus going to the Cape.  When it was thought that the world was flat, Cape St. Vincent was erroneously thought to be “the end of the world.”  The dramatic cliffs here are nearly 75 meters above the Atlantic and the sunsets are some of the world’s best! 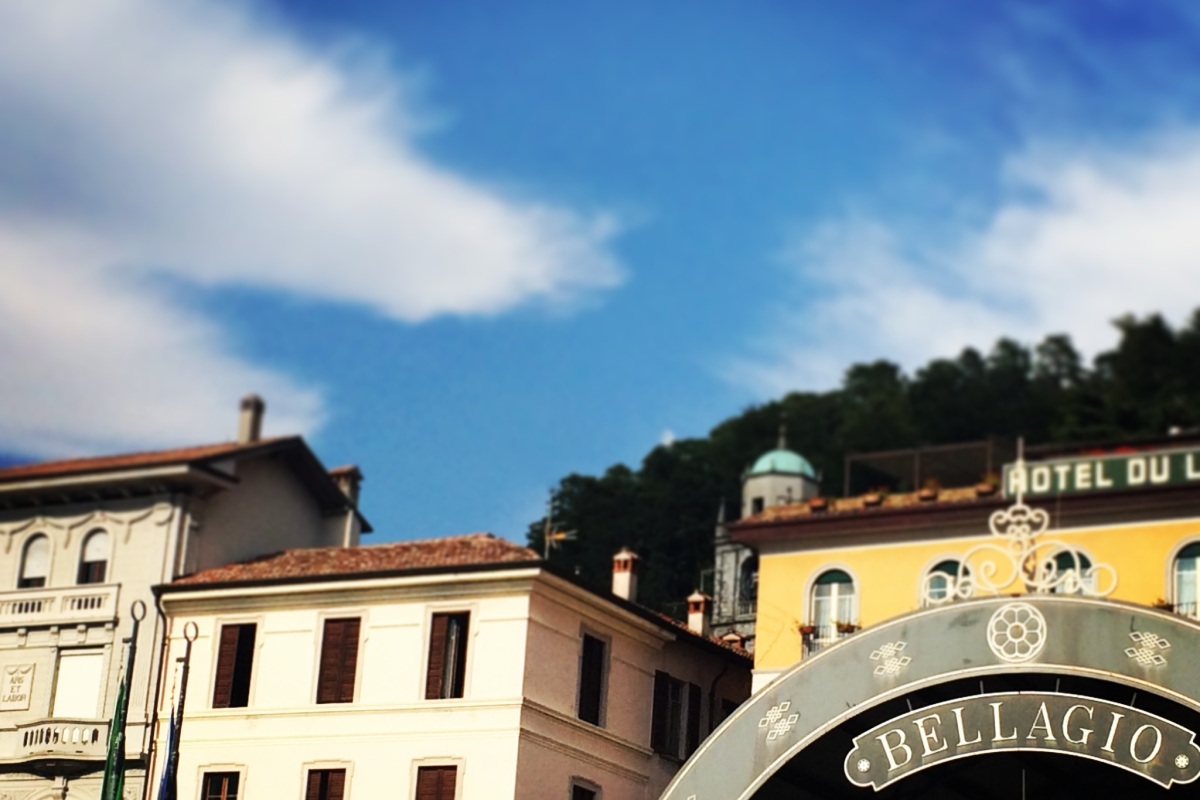 Lake Como in Northern Italy, famous for its charming homes and villas on picturesque cliffs, is becoming more and more traveled.  This Y-shaped lake has several towns around its perimetry.  The elegant town of Bellagio can be found where the arms of the Y intersect and we can see why someone would name a hotel after this beautiful destination. Lake Como is also well known to be site of many star studded vacation homes.  Both George Clooney and Gianni Versace have owned homes on this lake.  For those of us who are not able to be house guests of George, there are several housing options along the lake.  Travelers arriving by train to the town of Como can find modest to high end accommodations in this town.  A ferry connects Como to the other towns and villages (including Bellagio) and runs from morning til evening.  There is also a bus that travels between towns, but is not nearly as scenic.  The train ride from Milan to Como is just an hour, and flights into Milan from NYC tend to be cheaper than Rome!