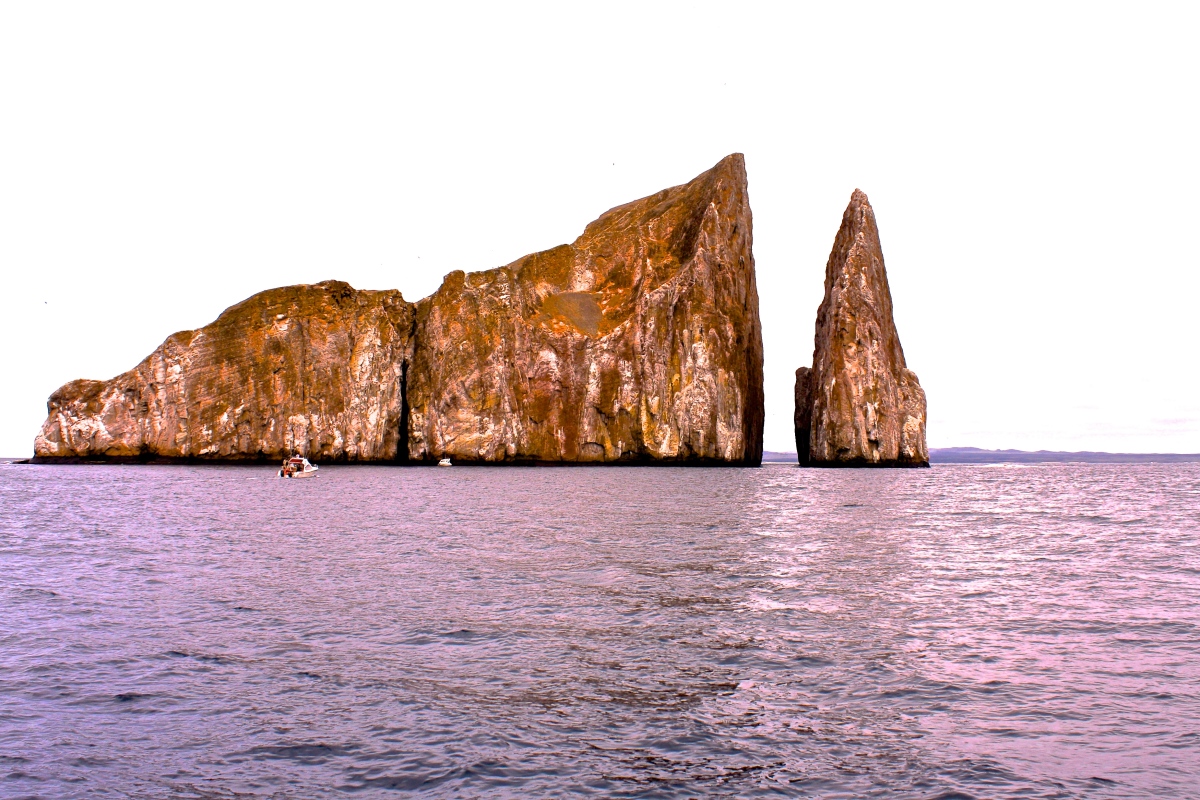 The birth place of Charles Darwin’s theory of evolution, the Galapagos archipelago is considered to be one of the most pristine ecosystems in the world. The 20 (13 major and 7 small) islands here boast amazing wildlife, making it a nature lover’s paradise. Interestingly, the Galapagos archipelago was once used as a prison camp. For a long period of time, the ecosystem was not properly cared for, resulting in depletion of natural resources. Today, there is a large effort to maintain the pristine condition of the islands and care for the many species that are native to the Galapagos. Officially part of Ecuador, the Galapagos straddle the equator off South America’s west coast. The islands were formed due to the Galapagos Hotspot and the shifting of earth’s tectonic plates. In fact, the youngest islands, Isabela and Fernandina, are still being formed through volcanic activity. Each island boasts unique sites, with luscious tropical forests covering some and barren volcanic rock making up others.

When to Visit the Galapagos Islands

WHAT TO BRING TO THE GALAPAGOS ISLANDS

Travelers will need a variety of gear for this destination: swimsuit, towel, sunscreen, beach wear, followed by hiking boots, trekking pants, bug spray, and a light jacket. A pair of Teva or Chaco like sandals that can double as a beach as well as hiking shoe would also come in handy. Bring binoculars for bird watching (many exotic species here) and a camera, of course. There are plenty of places to rent snorkels, wet suits, and scuba gear in the Galapagos, so leave that at home. At the time of this post, there is a 20kg limit for checked luggage on the flight to the Galapagos.

HOW TO GET TO THE GALAPAGOS ISLANDS

TRAVELING IN THE GALAPAGOS ISLANDS

In terms of traveling between the islands, travelers can either stay on one island and book day tours from these islands (Puerto Ayora on the island Santa Cruz is a popular hub), or book a cruise. Plan ahead, because the Galapagos National Park require visitors to be accompanied by a licensed guide. If you are hoping to see some of the more remote islands, a small cruise (duration anywhere from 3 to 10 days) is the way to go.

WHAT TO SEE IN THE GALAPAGOS ISLANDS

Kicker Rock (on San Cristobal Island) is a snorkeling site where travelers can see sea turtles, sharks, sea lions, octopus, and schools of fish. On the island of Santa Cruz be sure to visit Puerto Ayora, which is home to the Charles Darwin Research Station,  El Chato Tortoise Reserve (giant wild tortoises) and the Galapagos National Park. Tortuga Bay, a short walk from Puerto Ayora, has a great beach and wildlife that includes marine iguanas, birds, and mangroves. On the island of Española, visitors can see the mating rituals of the albatrosses as well as the mating dance of the blue-footed boobies. Santiago, or James Island, is home to a sea lion species (called the fur seal) that is endemic to the Galapagos, as well as sea turtles, and several coastal birds. In the Galapagos, or the Enchanted Islands as they are often called, travelers can see wildlife that is found nowhere else on earth. 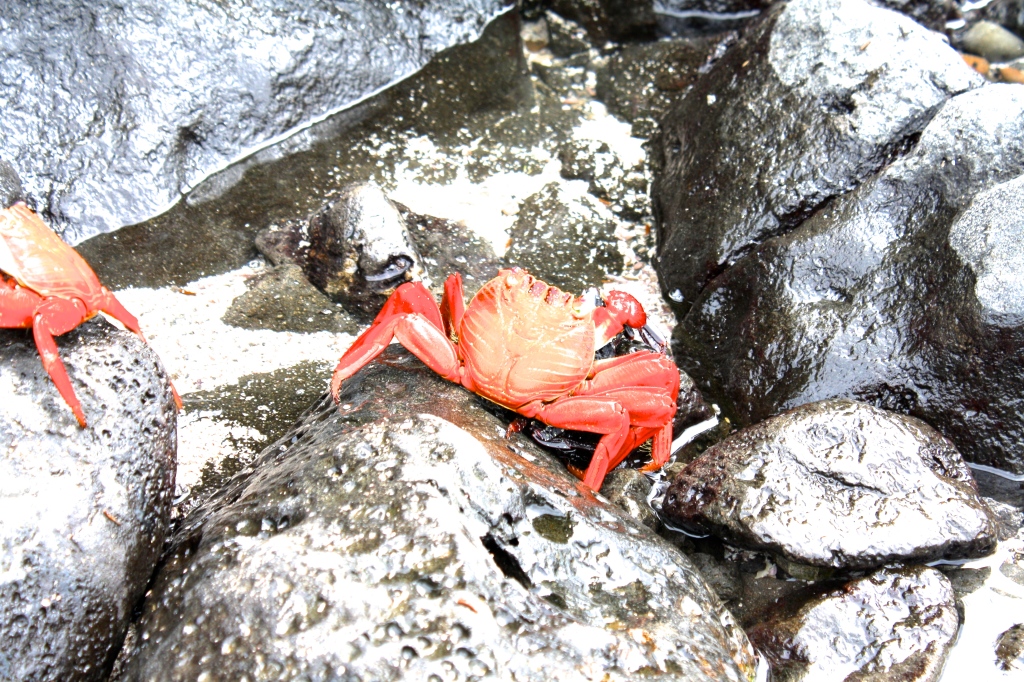 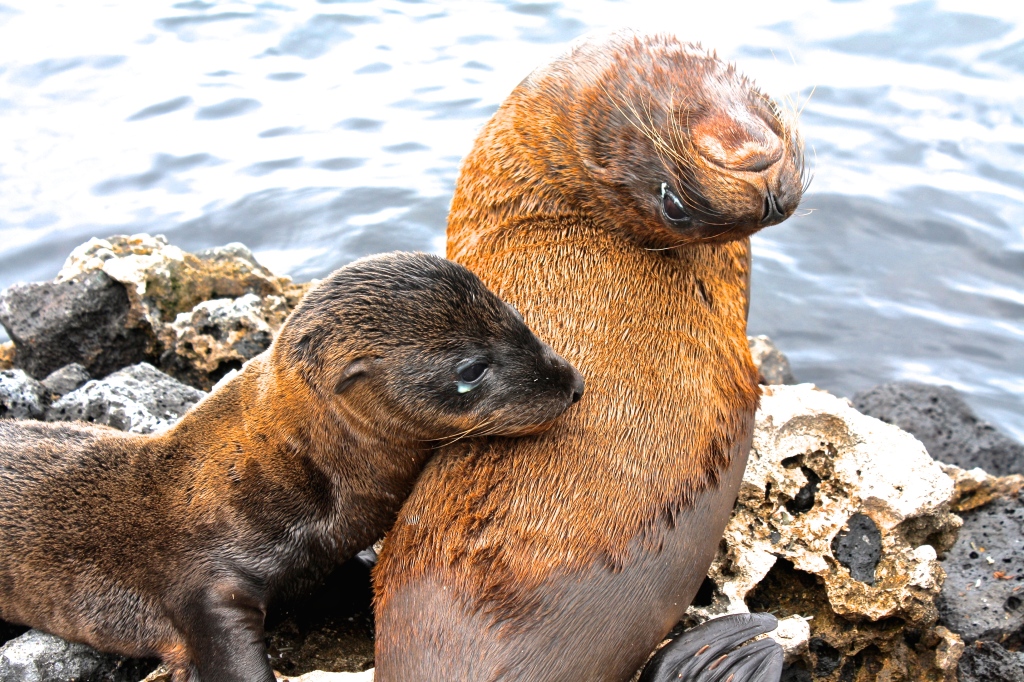 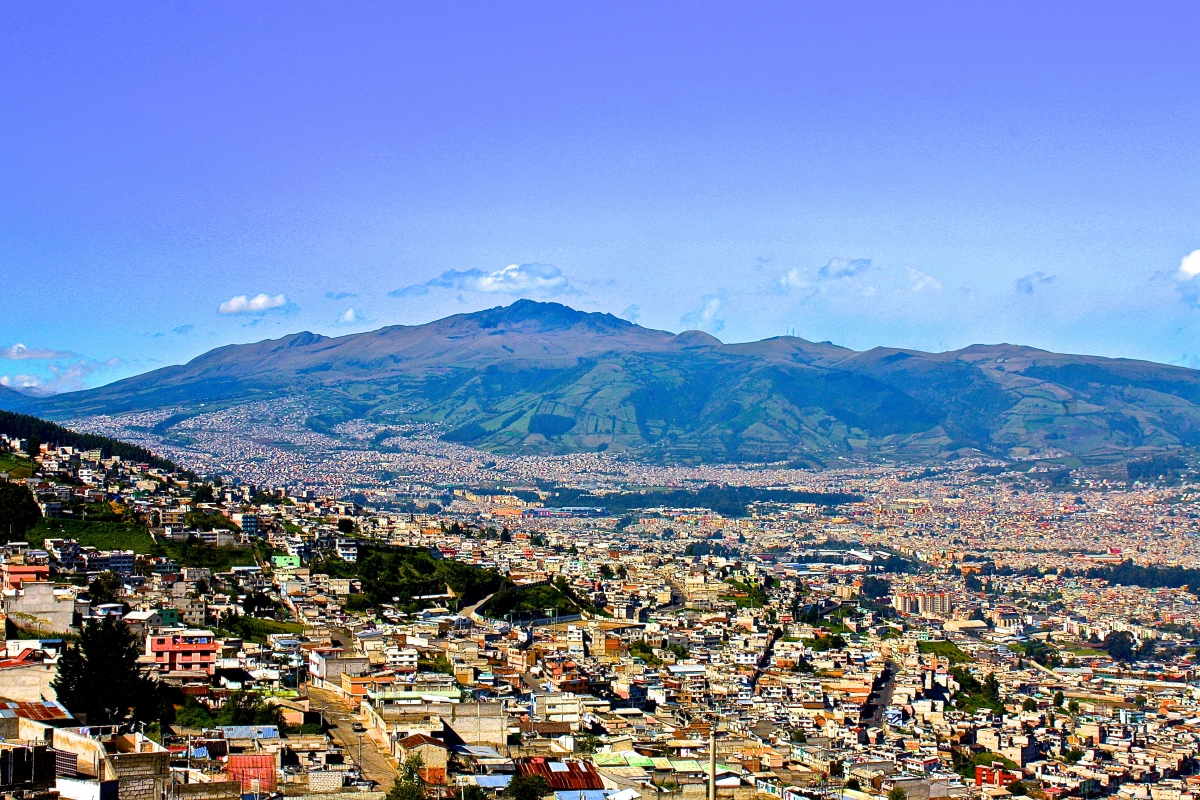 Old Town Quito, nestled within the Andes Mountains, is full of winding side streets, beautiful churches, and delicious bakeries and cafes. El Centro Historico in Quito, as it is called locally, is one of Ecuador’s UNESCO World Heritage sites. Though formally founded in the 16th century, the history of Quito dates back to the Incan ruins that the city was built on. Spend time walking through the narrow streets of Quito, to gain a unique insight into Ecuador’s rich culture. The music from street performers can always be heard as you wander through the shops and churches throughout the city. On Sundays, the main streets are bustling with people heading to and from church, and the night life is dominated by vibrant salsa clubs and flavorful dining. 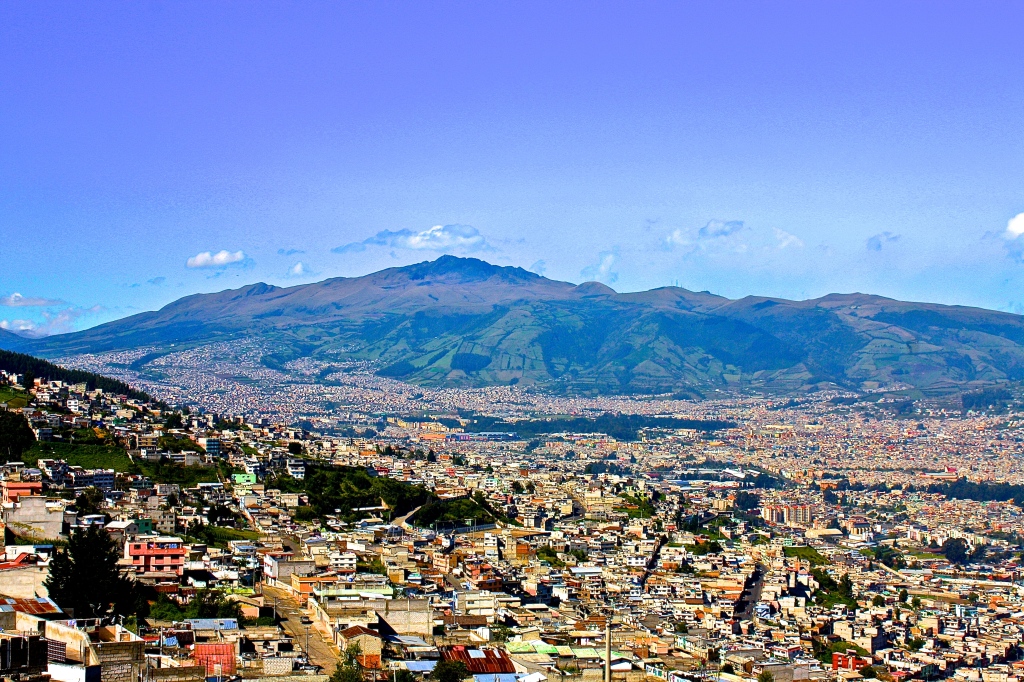 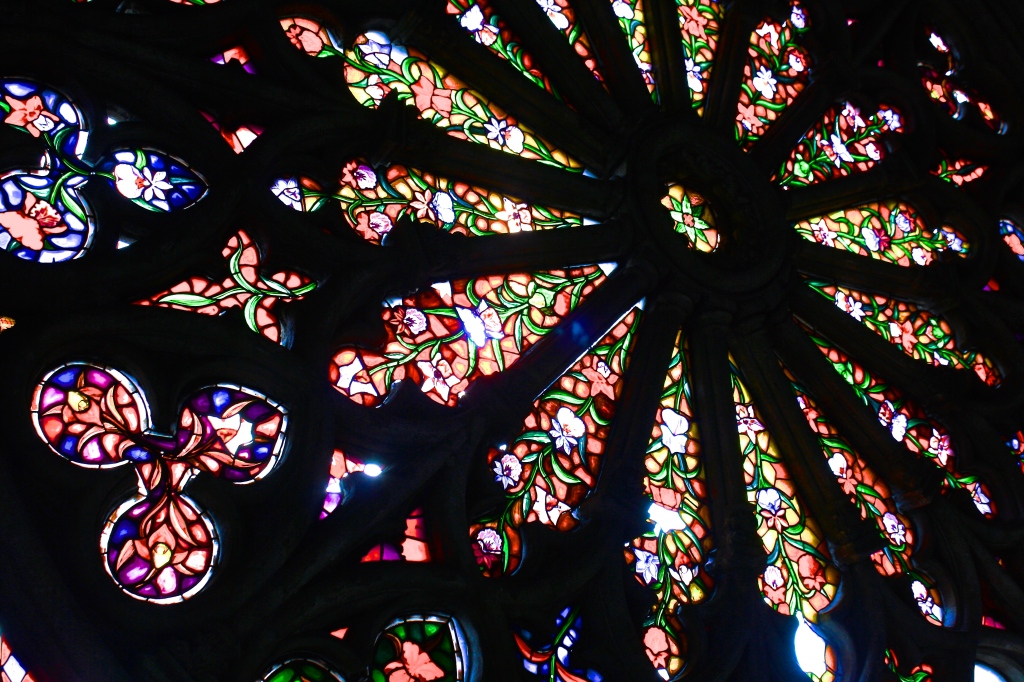 HOW TO GET TO QUITO

Direct flights to Quito into Mariscal Sucre International Airport (Airport Code UIO) leave from New York City, Miami, Atlanta, Houston, Bogota, Mexico City, and Panama City, . Quito’s airport is located about 45 minutes east of the city of Quito and is one of the busiest airports in South America. There are several options for getting from the airport to the main part of the city. The Aeroservicios Express Bus (8 USD) runs to the old airport (which is in the city of Quito), where you can then catch a taxi within the city which typically run from 5-10 USD. If you have a lot of time and not a lot of luggage, you can also take a green bus (2 USD) which runs to the Rio Coca bus station in Quito. If you choose this option, be aware that it typically takes 2 hours of travel time and there is no designated place for luggage. If it is your first time to Ecuador, catching a cab is the easiest, and is typically a 25 USD fare.

WHAT TO BRING TO QUITO

The weather in Quito can be quite unpredictable, so bring clothes for sun, rain, hot and cold. Even though Quito is right near the equator, the high elevation keeps the city at a much milder temperature, and it can actually get quite chilly in the evening. Keep in mind that there is generally a higher chance of rain in the afternoons so make sure to bring an umbrella and raincoat even if it is sunny when you leave for the day! Make sure to pack plenty of pants and long sleeve shirts because, in Ecuador, shorts are not typically worn by either men or women. Pants and longer dresses are suggested for women.

WHEN TO VISIT ECUADOR

Quito, the capital of Ecuador, is just 20 miles from the equator. But due to its elevation over 9,000 feet (Quito is the highest capital city in the world),  the average temperature year round is in the mid-60s (Fahrenheit), and can drop down into the 50s at night. The main seasons are the short dry season (summer) which is from only June to September, followed by winter (the wet season) which lasts October through May. Be aware that the dry season can still have a few days of rainfall. Peak travel season is determined by holidays. If visiting during Christmas or Easter, keep an eye out for numerous processions and festivals in Quito.

While Ecuador is most famous for the galapagos, some of Ecuador’s best tourist sites are in Quito. Visit Quito’s numerous churches that have a range of architectural styles. For a great view of the city, climb up the spires at the Basilica of the National Vow and take in the scenery. El Panecillo in Old Town Quito is a giant statue of a winged Virgin Mary. The streets surrounding the statue are not the safest, so take a taxi here. The best place for night life in Quito is La Ronda-a street blocked off for pedestrian traffic only. This street is home to live music, street vendors, and great restaurants. In La Ronda, try Canelazo, a warm alcoholic drink, and the large cheese empanadas. Finally, to get the ultimate view of the city, visit El Teleferico-the world’s second highest cable car. El Teleferico climbs Pichincha Volcano on the eastern side of Quito. On clear days you can see many of the active volcanoes that speckle Ecuador’s landscape. A ride up the cable car is about 4 USD for locals and 8.50 USD for travelers.

*Traveler’s Note: The Zika virus was reported in Ecuador in January 2016. It is transmitted by mosquitoes and has been known to cause birth defects. Pregnant women, or women planning to become pregnant, should use caution when traveling to areas affected by the Zika virus.